It’s very common to start with just one app, usually, for iOS. Reasons differ—from testing new channels to not having enough resources to make two apps.

But once the app is doing well on the market, it’s time to expand and adapt it to another platform.

Which gives rise to some questions:

Now, this is not an instruction on how to convert apps. But a guide explaining the most popular reasons for app converting—and what to pay attention to during this process.

Why Convert Apps from One Platform to Another?

There’s a bunch of reasons—be it good results you’re getting from one app or the need to grow the audience.

Basically, there are three reasons, as old as humanity itself:

I suggest taking a more detailed look at them.

By having apps for both platforms, you reach more of your target audience and make the mobile strategy more profitable.

Many businesses, especially when it comes to startups, start with a single platform—the one most of their audience uses. That’s because startups often don’t have enough money to make two native apps.

Starting with an MVP for iOS/Android is a rational and more budget-friendly decision.

According to Statcounter, Android may hold 75% of the mobile OS market share worldwide.

You can’t ignore this if your product is aimed at one of these regions, if not all of them. And that’s not including countries where iOS takes 20-40% market share, which is also a huge part.

If you want to get access to a few more markets, you should probably have two apps for two platforms.

By converting your iOS app to Android, you may get new users from Android-loving countries like Central or Eastern Europe, Africa, Asia, or Latin America.

And vice versa: need to cover North America, Oceania, or some other local markets (like Norway, Japan, Saudi Arabia)? Convert your Android app to iOS.

It all depends on the monetization model you’ve picked. Still, in any case, two apps can potentially bring bigger revenue than one:

Platform’s share isn’t the only thing to pay attention to when discovering new operating systems.

There are some rules for markets like the European one. To launch an app there, you need to make sure that your iOS and Android apps are compliant with GDPR.

For Arabic markets, UI designers should adjust the interface to the Arabic language—make it go from right to left.

What to Pay Attention to When Converting Apps?

First, I don’t recommend using online app converting platforms. All you’re going to get is unstable code with tons of issues at best or not working at worst. If you’re looking for a painless solution, it’s better to hire dedicated developers.

These programming languages are official and most widely used for mobile development.

Once again: there’s no magic wand that’ll turn Swift code into Kotlin one. It takes a few skilled mobile devs to make it work.

What’s more, each programming language has its own syntax, and the time required to build the same authorization feature may slightly differ on iOS and Android.

Now, let’s see what tech and design challenges you’re going to face when porting the apps.

Both Android and iOS get updates every year. Here’s the problem: many users don’t or can’t update to the latest OS version.

For you, that means your app should run on the most popular OS versions. Or some percentage of users will have to quit.

But it’s a bit tricky with Android, so you may want to check some statistics on Android OS usage.

Almost half of all users (41%) have the latest OS version (currently, it’s Android Pie). 19% are using the previous Android version (Oreo), and the rest—Nougat, Marshmallow, or Lollipop versions.

Number of Screen Sizes and Resolutions

The next thing is adapting the app’s layout to different screen sizes and resolutions. Especially when it comes to iOS-to-Android converting.

The list of iOS screen sizes has 16 points in it. As for Android, it’s much more complicated.

There are hundreds of Android-based devices with different screen resolutions made by different manufacturers.

Android developers handle this issue by supporting different densities and adjusting the app for a few screens. Then the app will be automatically adjusted to other resolutions.

Next stop—UI/UX design. It’s as important as the tech part (after all, it’s the first thing app users will see). But there’s another catch: Android and iOS have different design languages—flat and material.

How exactly do they differ?

Android uses Roboto typeface, iOS—San Francisco. Both guidelines show different use cases with various sizes, letter spacings, and weights. That makes fonts look natural within a system, but it’s another headache for you.

System icons also differ. They are more delicate on iOS and bolder on Android.

Media assets porting—photos, videos, PDF files, docs—from one platform to another is important, too, as they have different sizes on Android and iOS.

Here’s the grid for iOS:

Of course, there’s a lot more design differences between these two systems. But these are the most visible for users.

Anyway, I advise starting with an iOS app, as many successful startups did. Instagram appeared on Android only 4 years after the launch on iOS, Airbnb spent 14 months to convert iOS app to Android. You know the results.

But the choice of the platform always depends on the target audience. Maybe in your case, Android is the best option to start with.

Don’t use app converters, code translators, and other stuff—they waste your time, nothing else. Converting an app from one platform to another requires a deep understanding of the app’s logic and good coding skills.

If you’re entrusting the task to developers—make sure to provide them with the source code, media files, and documentation.

If you’re making it yourself, pay attention to tech, and design differences between these two platforms.

Vitaly Kuprenko is a writer for Cleveroad. It’s a web and mobile app development company with headquarters in Ukraine. He enjoys writing about technology and digital marketing. 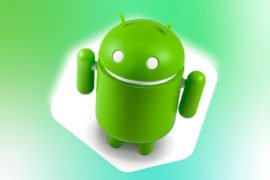