Python is an object-oriented, interpreted, high-level programming language. It’s high-level built-in data structures, combined with dynamic typing and dynamic binding, make it very useful and gives a lot of possibilities for developers. Because this language is very powerful and has a wide range of use is recommended as the first programming language to learn.

Python has easy to learn syntax emphasizes readability and therefore reduces the cost of using and maintaining the program. Python supports built-in modules and packages, which bring the possibility to reuse code whenever we want it. The Python interpreter and its extensive built-in standard library are available in source format no additional charge for all major platforms and can be distributed in any way possible.

Python’s name comes from the British comedy group “Monty Python”, whom creator of this programming language Guido van Rossum enjoyed while he was designing structure of the language.

Python was invented in the 1980s by Netherlands Developer Guido van Rossum at  (CWI) “Centrum Wiskunde & Informatica”  in the Netherlands as a successor to the ABC language. Like other languages, Python had already a few numbers of versions.

In 1991 version 0.9.0 was released for the first time. In this version were already included the possibility to use classes with inheritance, exception handling, functions, and the core datatypes of the list, dict and str.

Version 2.0 was released in 2000 and this version of Python included list comprehensions, a full garbage collector, and it supported Unicode.

Python 2.7 will no more be maintained and updated after the date of 1 January 2020, so all of the users need to update their Python version to a minimum of 3.0.

The most important feature of Python include the following :

I will describe here 5 the most popular and most frequently used IDE for Python developers:

PyCharm is one of the widely used Python IDE which was created by JetBrains. It is one of the best IDE for Python. PyCharm is all a developer’s need for productive Python development. It helps to be more productive and gives smart assistance to the developers. It takes care of the routine tasks by saving time and thereby increasing profit accordingly.

– PyCharm is integrated with features like debugging, testing, profiling, deployments, remote development and tools of the database.

– It has a powerful integration with IPython Notebook, python console, and scientific stack.

SPYDER is a good python compiler. It is famous for python development. It was mainly developed for scientists and engineers to provide a powerful scientific environment for Python. It offers an advanced level of edit, debug, and data exploration feature. It is very extensible and has a good plugin system and API.

– It is a good IDE with syntax highlighting, auto code completion feature.

– SPYDER is capable of exploring and editing variables from GUI itself.

– It has a powerful integration with ipython Console, interacts and modifies the variables on the go as well, hence a developer can execute the code line by line or by the cell.

Atom is a free source code editor and is basically a desktop application which is built through web technology, having plugin support that is developed in Node.js. It is based on atom shells which are a framework that helps to achieve cross-platform functionality.

– It also has a built-in package manager and file system browser.

– It helps the users to write script faster with a smart and flexible auto-completion.

– It supports multiple pane features, finds and replaces text across an application.

VS Code is an open source code editor which was developed mainly for the development and debugging of the latest web and cloud projects. It is capable of combining both editor and good development features very smoothly. It is one of the major choices for python developers.

– It has a powerful debugger and the user can debug from the editor itself.

– It has strong integration with GIT so that a user can perform GIT operations like push, commit straight from the editor itself.

– Visual studio is highly extensible and customizable through which we can add languages, debuggers, themes etc.

Thonny is one of the best IDE for the beginner’s who have no prior Python experience to learn Python development. It is very basic and simple in terms of features which even the new developers easily understand. It is very helpful for users who use the virtual environment.

– Thonny provides the ability to the users to check how the programs and shell commands affect the python variables.

– It provides a simple debugger with F5, F6 and F7 function keys for debugging.

– It offers the ability to a user to see how python internally evaluates the written expression. 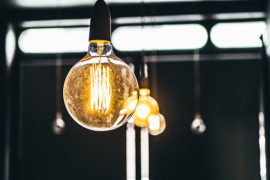 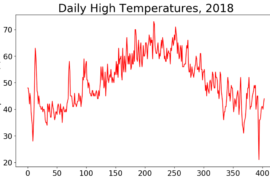