As a developer, we always like to choose the best thing among several choices available, especially in the case of Integrated Development Environments (IDEs). Usually, developers and programmers get confused in choosing the best and most suitable IDE or Editor for them. In this article, we will go through some of the best IDEs available for Python.

IDE stands for Integrated Development Environment. It is a Graphical User Interface (GUI) based software which allows the programmers to write, debug, release, and deploy their code. An IDE with minimal functionality consists of at least a source code editor, build tools, and a debugger. An IDE combines all essential tools needed for software development and testing which helps the programmer to produce good output.

Many of the programmers and specifically the naïve ones do not know the difference between a code editor and an IDE. The code editor is an application that enables the programmer to write and manipulate the source code. Code Editor can also be a standalone application like Brackets, Sublime Text; visual editors like NoviBuilder or they are integrated into IDEs. The code editor only supports the feature of editing the text. On the other hand, IDE is a complete environment where you can create, test and deploy software applications.

Auto-completion feature, as you have most probably seen in your mobile phones, is used to minimize the time consumption while writing the code. Code completion is for the assistance of a programmer. It identifies and inserts common code components intelligently.

Debugging is the process of finding and removing bugs from a program. Debugger feature of IDE allows the tester/programmer to test and debug the source code.

Compilers translate the source code from one language to another. IDEs also contains compilers.

Some IDEs support specific language whereas there are other IDEs available with multi-language support.

Now that you know the basic features of an IDE. Let us dive into the best IDEs available for Python.

IDLE is a cross-platform open-source IDE which comes by default with Python. IDLE is completely written in Python. IDLE name is used to honour Eric Idle who was one of the founding members of Monty Python, the television show liked by the creator of Python language Guido Van Rossum.

IDLE is simple to use. It is suitable for educational purposes.

Thonny is an IDE developed for beginners. It provides assistance to the beginner.

Eric Python IDE is full-featured IDE. It is a cross-platform IDE written in Python. Source code of Eric Python is available freely and can be studied and re-created by anyone.

Atom is an open-source cross-platform IDE. It is a desktop application built using web technologies. It is based on a framework built by GitHub named Electron.

The Wing is a cross-platform IDE created by Wingware. It is a lightweight IDE. It is designed to allow quick programming. There are three variants of Wing:

SUBLIME TEXT is a cross-platform IDE that costs $80. It is developed in C++ and Python.

PyDev is an open-source cross-platform third-party package which serves as a plugin for Eclipse IDE. PyDev turns Eclipse for Python development.

Spyder is an open-source cross-platform IDE designed for data analysis and data science. It is a powerful scientific development IDE written in Python.

PyCharm is a cross-platform IDE developed by JetBrains. It comes in two versions:

PyCharm is considered one of the best IDEs due to its remarkable features. It is most widely used.

You can read more about Pycharm features on this link.

Thanku for reading. We’ll love to know your IDE choice in the comment section below. 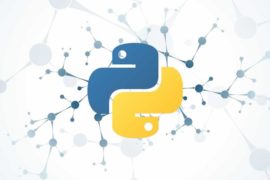 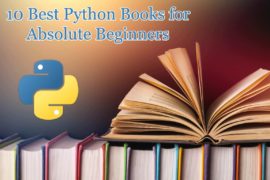