Working in the coding world can viably be a solitary endeavour — there’s nothing stopping you from working as a solo freelancer, picking only projects that don’t require you to leave your home — but that doesn’t mean it’s advisable to cut yourself off from the world.

In truth, there’s a huge amount of value in learning from other coders and developers, particularly if you choose the right avenue. Should you focus on Twitter, trying to connect with people through brief posts? What about IRL meetups for your fellow professionals?

There’s value to each of those options, no doubt, but in this piece, we’re going to look at the benefits of Reddit. It’s one of the biggest forums out there, offering discussion on almost any topic you can think of — and here’s why it’s a great place to look for coding inspiration:

It caters to all experience levels

Some coder communities are built to accommodate hobbyists or people new to the industry, sticking to simple explanations, basic challenges, and beginner-friendly advice. Others are far more intimidating, having strict requirements for joining up (not unfairly, as gatekeeping is often justified) and expecting participants to fall in line with their codes of conduct.

Because Reddit is a vast collection of subreddits, it contains distinct communities of all kinds, albeit with significant overlap that makes it easier to diversify your experience. Due to this, it doesn’t matter how experienced you are: you’ll be able to find people who have even more experience (but not so much more than they can’t remember what it’s like to be in your shoes), as well as side projects worth pursuing (developers need such things to stay sharp).

It reflects all sides of the industry

Seasoned managers, hotshot programmers, solo operators and practised collaborators: they’re all on Reddit, and in addition to spanning standard coding communities, they also embrace the other parts of the industry (parts that don’t come up in many communities). What do I mean by this? Think about disasters: those instances when development projects go horribly wrong and the coders involved must figure out how to pick up the pieces and move on.

On a very different note, consider the comical side of being a developer: the poorly-framed project proposals, the laughable structural mistakes, the silly jokes about a fundamental element of coding that help you stay enthusiastic when you’re 12 hours into a dreary bug hunt that might otherwise make you reconsider your career choice. Subs like Programmer Humor and Programming Horror are full of content that can inspire you in many different ways.

Some technical forums can become heavily laden with credentials and badges, leading to certain people presenting themselves as very important and expecting to be treated with some degree of reverence. Reddit isn’t like that for the most part. While there are moderators who can become egotistical, the emphasis is mostly on anonymity and broad participation.

This leads to a good amount of detachment from frustrating hierarchies. Everyone chips in on the same footing (more or less), with the quality of the work being the most important thing. This is an inspiration in itself: seeing highly-successful developers take the time to help others is reassuring and motivational.

It operates at a more sedate pace

I earlier brought up Twitter and real-world meetups as two other options, but they’re awkward from an organizational standpoint. Twitter is all about recency, even immediacy: what matters is what’s happening right now, and conversational threads don’t last very long as a result. Real-world meetups are often impractical: you have to find the time in your schedule to make the trip and ensure that you’re available at the same time as everyone else.

Reddit is relatively relaxed. Instead of everyone fixating on what’s new, they look to earned popularity: posts have slower paths to success, gathering attention and upvotes until they ascend to positions of prominence. You can spend several hours posting on Reddit, or you can drop in a few times during the day — either way, you can find useful content, and serve as a valuable member of your community.

Reddit is a true digital melting pot, encompassing coders and developers with countless different backgrounds, skills, jobs, and preferences. It’s free to use, easy to navigate, and ultimately a superlative resource for finding professional and personal inspiration. If you’re not already taking advantage of it, it’s about time you made a start.

Thank you for reading.

Here’re some more articles of the same interest:

— What Stats & Surveys Are Saying About Top Programming Languages In 2020 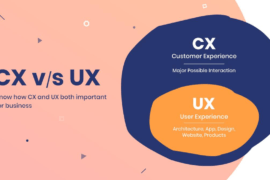 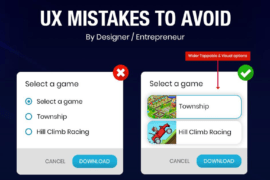 7 Common Web UX Mistakes That Can Damage Your Business